On November 24th, 16 Calnex employees went to Five Sisters Zoo, West Calder to volunteer for the day. Our first task was to paint the Pirate Ship in the children’s play park. Everyone quickly got on with the work to restore the old ship. After we had finished we had around 40 minutes until we had to go for lunch so we split into groups (not intentionally) and went around and saw a few of the animals.

We completed this task and went back to our base (the café) where the education leader came and explained that we were meant to feed some lemurs however they were having some hierarchy issues and didn’t want to disrupt them so would we like to see some Lions being fed instead? Absolutely yes!

We went round to the Lion enclosure where the lions had been given a 3kg lamb leg each and so were content while we watched on mesmerised. We all stood in awe for 20 minutes whilst being told about the sad story of these lions as well as some other carnivorous animals that five sisters have. We had a fantastic time and feel so incredibly special to be able to get up so close to these incredible creatures.

It was great being able to help at the 5 sisters zoo. Our first job was painting a pirate ship in the playground which really brightened up the place. While everyone went for a tea break, I took the opportunity to walk around the zoo a bit more and got some pictures of some of the animals, including I think the one and only sighting of the Cheetahs that day. After lunch we helped out again by shifting some stones around the Japanese Garden, turning a muddy area into something that looked a lot nicer and cleaner. We were then treated to an up close look at the lions while they were feeding, not something you get to see on every visit to the zoo. You don’t appreciate the size and danger of these critters until you’re right next to them – I wouldn’t mess. If you’ve not been to the 5 sisters zoo, I recommend a visit!" 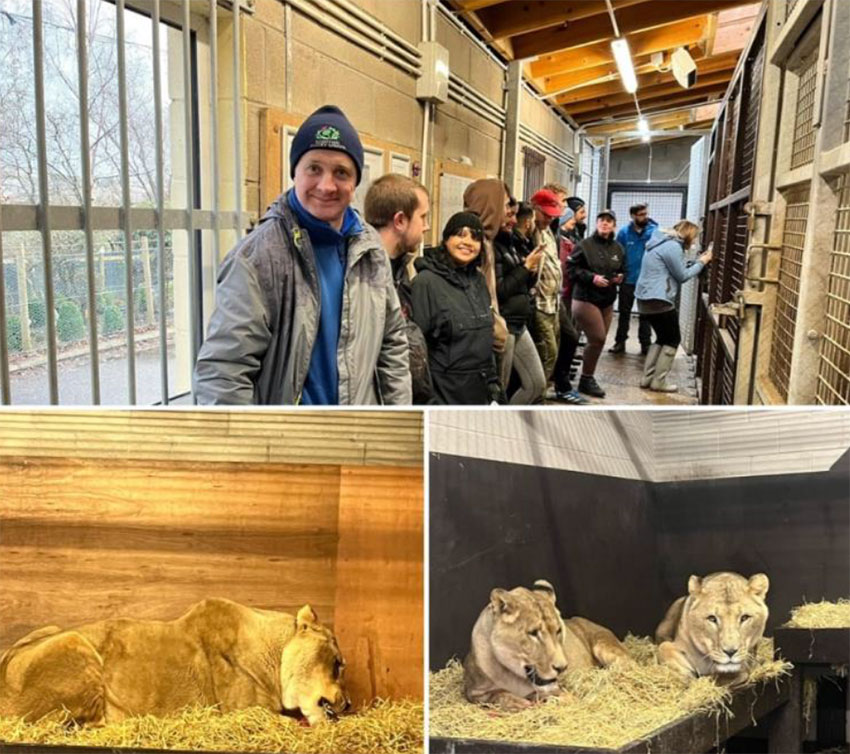 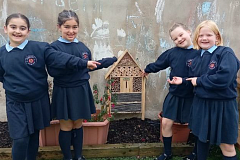 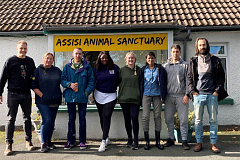 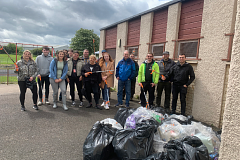