The big news from the O-RAN Alliance Spring 2022 Plugfest in Taiwan was that the local OTIC lab has developed the first O-RAN certification for O-RUs worldwide. Auray OTIC and Security Lab, a third-party test and security lab based in Taoyuan, has generated standard procedures and processes for O-RU testing which enables official certification for vendors. In the announcement, the importance of S-Plane testing was highlighted as a mandatory requirement for O-RU certification. This is something that, working with Auray OTIC and Foxconn, Calnex recently explored as part of the ORAN Alliance Exhibition of virtual demos at MWC 22 in Shanghai covering ‘O-RAN S-Plane Conformance Test - Performance test of O-RU using ITU-T G.8275.1 Profile.’

Fronthaul network testing was also a topic in focus. O-RU and O-DU vendors were together looking at proving performance against the fronthaul latency tests as described in the O-RAN.TIFG.E2E-Test specification. This focus also introduced some of the fronthaul transport layer test cases as defined in the WG9.XTRP.TST document, such as Quality of Service testing with latency added, and Relative Time Error, TER, testing between two fronthaul switches using the LLS-C3 configuration. This was something we explored along with Auray OTIC and Pegatron as part of the ORAN Alliance Virtual Demo series looking at fronthaul E2E Test and the Impact of Fronthaul latency on DL/UL Peak Throughput.

A key discovery from this plugfest was finding that some vendors still rely on using a real 10 or 20km fibre to create the higher latencies required for testing under these conditions. The obvious challenges with using large fiber reels is that they are extremely big and cumbersome, but in addition they are also costly and may require signal amplifiers due to signal attenuation over distance. It is also very difficult to precisely adjust latency with reels of fiber, splicing the fiber on a regular basis is not very practical.

However the recognition for the need for impairment testing on the Ethernet due to it being a shared medium, is great to see and it presented the opportunity to introduce network emulation as a method for gaining validation of the performance for the fronthaul.

Using our network emulation product capability and expertise I was able share with the team how to create different latencies and other real-world conditions such as jitter and packet loss through software configuration quickly and repeatably, enabling the testing to become more practical and efficient, and most importantly providing validation that performance standards were being met. 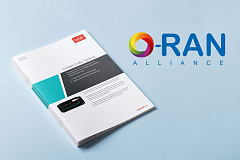 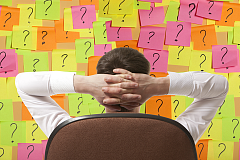 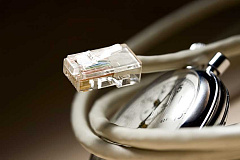